PITTSBURGH – Speakers who opened for Pennsylvania GOP gubernatorial front-runner Doug Mastriano at a recent rally described him as the “chosen candidate” and as someone ordained by God to overturn President Joe Biden’s 2020 win here.

Wearing a tie that read “With God, all things are possible,” Mastriano urged the crowd gathered Saturday at a hotel in Uniontown of the “need to pray, and pray hard,” for his victory in the primary Tuesday.

But recent polling suggests Mastriano has far more than a prayer’s chance of winning next week’s contest, with surveys last month indicating he had jumped into the top spot and then widened his lead in the crowded GOP field.

Mastriano, a state senator who made his name promoting former President Donald Trump’s false claims of a stolen election and whose campaign is infused with themes of Christian nationalism, appears on the brink of securing the Republican nomination for governor in one of the most critical of presidential swing states.

Should Mastriano win in the fall, he would have broad authority in overseeing elections by appointing a secretary of state. A number of Republicans, however, worry he is too extreme to win in November.

Having led the charge to overturn Biden’s victory in the state, Mastriano said at a debate last month that his secretary of state would “reset” the state’s voting rolls so everyone would “have to re-register.”

He has also advocated for banning abortions after as early as six weeks of pregnancy, saying at the debate, “I don’t give way for exceptions, either.” Mastriano further bolstered his candidacy by targeting Democratic Gov. Tom Wolf’s handling of the coronavirus pandemic and calling for the elimination of property taxes and energy regulations.

At his rally Saturday, Mastriano suggested his administration would be so far to the right as to make other conservative governors, like Florida’s Ron DeSantis, look as if they were middle of the road at best.

“You guys think Ron DeSantis is good? Amateur, ”Mastriano cracked, adding:“ We love you, Ron, but this is Pennsylvania. This is where the light of liberty was set in 1776, where this nation was born. “

Backed by allies in the election denial movement like Trump spokesperson Liz Harrington, former Trump attorney Jenna Ellis and former national security adviser Michael Flynn, Mastriano has sought to mostly insulate his candidacy from the media. An NBC News reporter who tried to attend Mastriano’s rally Saturday, which was advertised online, was told by a campaign aide that “we already have adequate coverage” and “are taken care of.” A security guard demanded that the reporter leave, saying the event was “private.”

In his address, livestreamed on his Facebook page, Mastriano railed against the media, insisting they must “be held accountable for the things they said about me.”

“I live in a world of facts. The town of Realville, right? ” He said, adding later, “In the end, it only matters if I care what they think about me, and I really don’t care.”

MMastriano’s rise began after he worked to audit and reverse Biden’s 2020 victory in the state. As a political novice just four years ago, he finished fourth in a US House primary. In 2019, he won a special election for his state Senate seat, which encompasses a mostly rural swath of south-central Pennsylvania.

It wasn’t long after Biden’s victory that Mastriano was at the forefront of the election denial movement – spearheading a hearing in Pennsylvania where Ellis and Rudy Giuliani presented false claims of electoral fraud, pushing for the Legislature to appoint a slate of alternate electors and meeting. with Trump at the White House as he plotted to overturn his defeat.

Mastriano was outside the US Capitol on Jan. 6, 2021, to protest Biden’s victory – he has said he left before the riot – and his campaign paid to bus people to Washington for the rally that preceded the deadly riot. He was subpoenaed by the House Jan. 6 committee this year over his efforts tied to the alternate electors.

Christopher Nicholas, a GOP consultant who has been assisting long-shot candidate Charlie Gerow, characterized Mastriano as somewhat of a loner who has isolated himself from the media and his opponents to avoid scrutiny.

“Mastriano is a very likable guy in person,” Nicholas said. “But his campaign rarely talks to the press, rarely has good interactions with other campaigns. It’s kind of an insular movement. “

For months, Republicans in Pennsylvania have expressed concerns that Mastriano would be the weakest of the top-tier candidates to face Democrat Josh Shapiro, the state’s attorney general, who is uncontested in his party’s primary for governor. The alarm escalated this week, with some GOP leaders working behind the scenes to consolidate the field in the hope of uniting the non-Mastriano vote around one contender, an effort first reported by The Philadelphia Inquirer and Politico.

Shapiro, meanwhile, has promoted Mastriano as his potential opponent, running a statewide ad saying a Mastriano victory would be “a win for what Donald Trump stands for.” It’s the kind of commercial that could reinforce Mastriano’s credentials with the former president’s base.

“Doug’s in the lead,” Shapiro said when he was asked about the strategy. “Every public poll and private polling indicates that he’s poised to become the nominee. contrast between me and him. “

Mastriano’s rivals saw the ad as a sign that Shapiro was trying to elevate an easier general election opponent. A vote for Mastriano “is a vote for Josh Shapiro,” McSwain said after he saw the ad. Barletta advisor Tim Murtaugh tweeted that Shapiro “is running an ad supporting Doug Mastriano because everyone knows Shapiro would beat him in November.” And Nicholas, the Gerow adviser, jokingly asked whether Shapiro would report the ad as an in-kind contribution to Mastriano’s campaign.

“There’s very little unanimity of thought in the Republican Party, except that he would be the weakest candidate for the GOP in the fall,” said Nicholas, who mentioned Mastriano’s ties to Jan. 6 and right-wing QAnon conspiracy theorists as liabilities in the general election.

Mastriano abruptly ended an interview this month when the Delaware Valley Journal asked him about his participation in a QAnon-linked rally and his attendance at the rally before the Capitol riot.

The media, Mastriano said at Saturday’s rally, “will only look into the crowds I speak to and find a few people who are controversial.”

“Oh, you have somebody from Q who was there,” he added, imitating a reporter. “Just stop. Shut up.”

His campaign did not respond to a request for comment.

In exurban and rural Pennsylvania, the few signs for the gubernatorial race adorning lawns are almost always for Mastriano. He’s running hand in hand with Kathy Barnette, once a long shot in the US Senate race who has closed the gap on Trump-backed Mehmet Oz in the campaign’s closing days, as well as Teddy Daniels, a far-right former congressional candidate who is seeking to be lieutenant governor under Mastriano.

“It seems the Democrats are betting the farm on the bogus idea that Trump isn’t popular in Pennsylvania,” Daniels said in a statement. “When Doug Mastriano, Kathy Barnette and I all win on May 17, it’ll be clear that the America First agenda is more popular than ever in Pennsylvania.”

At Trump’s rally for Oz last week in western Pennsylvania, attendees were divided over the GOP primary for governor. Some were big Mastriano fans; some were skeptical of him or supported his rivals. Others were waiting for Trump to make an endorsement, which he hasn’t done.

Ann Trump, 63, a resident of New Stanton who isn’t related to the former president, said Mastriano’s focus on the 2020 election first drew her to him.

“He was the first one to really go after the audits and the election,” she said. “And he was like a dog on a bone.”

Yet for all of Mastriano’s efforts to assert himself as a leading election denier, he has faced heat from some Trump-backing Republicans for his 2019 vote for a bill that expanded mail-in balloting in Pennsylvania. The measure came under closer scrutiny after Biden narrowly won the state, and Mastriano and other GOP lawmakers who supported it now say Democrats “hijacked” the program.

Former Rep. Keith Rothfus, R-Pa., Pointed to the 2019 vote, saying in a text message that it’s “remarkable” how someone who voted for the legislation could be the GOP front-runner.

“I’ve heard there have been discussions about consolidating the field, which would make sense,” he said of Republican efforts to undermine Mastriano. “If Republican voters were given a binary choice between someone who voted for an unconstitutional mail-in voting law and someone who did not, I believe they would choose the one who did not.”

That could all change, however, if Trump were to throw his support behind Mastriano. But for a candidate whose supporters say he’s ordained by God, the lack of an endorsement has been conspicuous.

A Republican source familiar with Trump’s thinking said Trump has heard from different people pushing different candidates – particularly White in recent weeks – but is unlikely to pick a favorite before Tuesday’s primary.

“It’s obviously a race he cares about,” the source said of Trump. “There just isn’t a clear choice.” 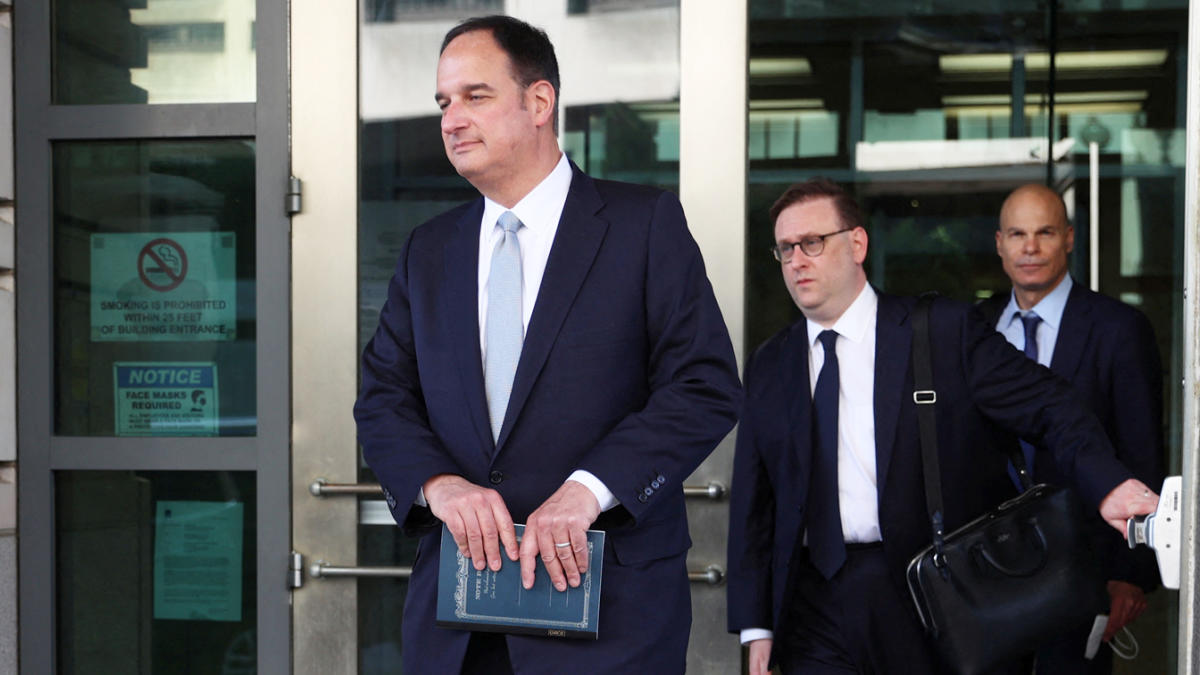 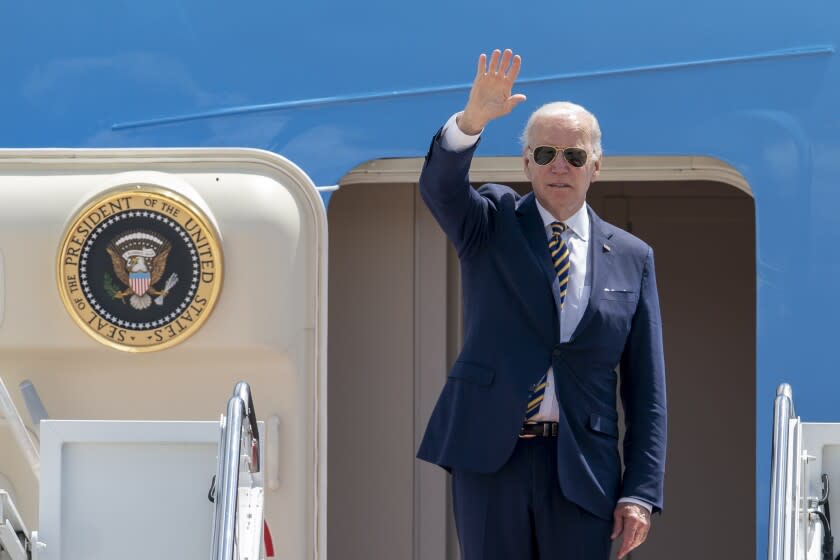 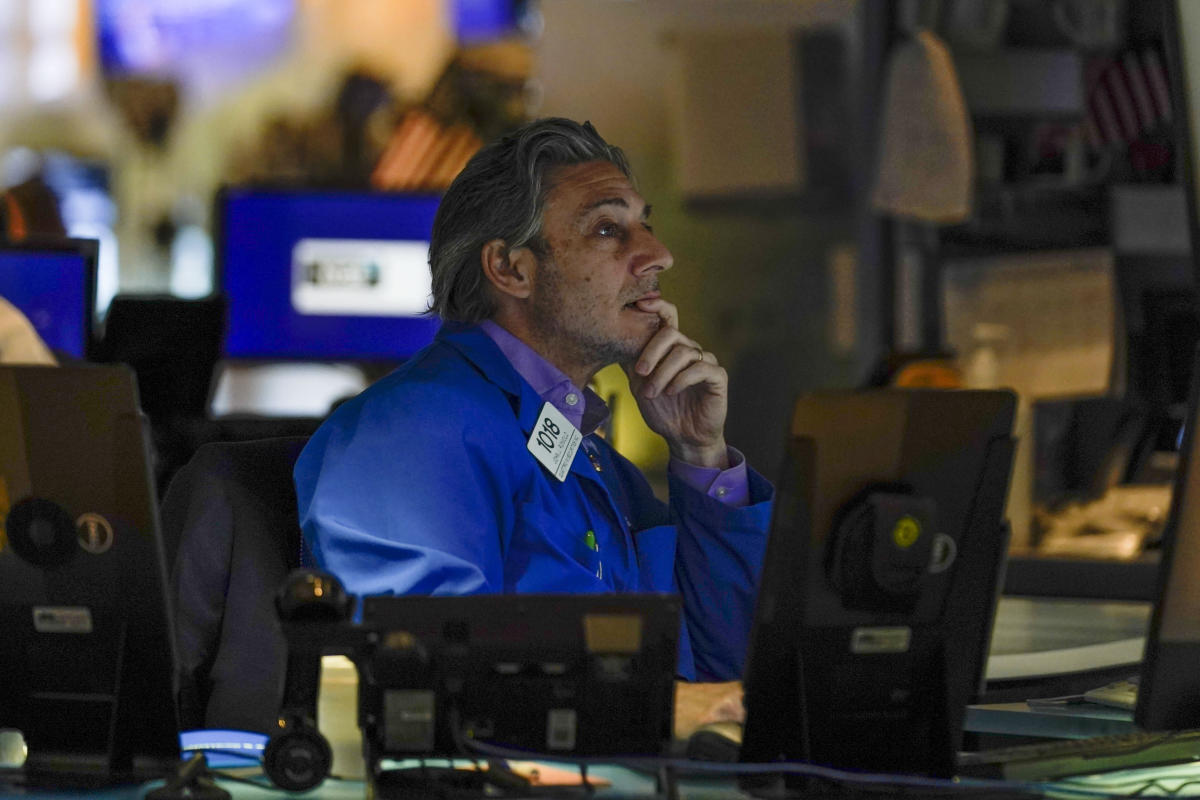 ESG investing and the debate surrounding it

We use cookies to ensure that we give you the best experience on our website. If you continue to use this site we will assume that you are happy with it.Ok